• Attended the Jackie Palmer Stage School in High Wycombe between 1996 and 2008, where he was tutored in drama, tap, jazz, acrobatics and singing.

• His elder sister Gemma Johnson appeared as an extra in Tom & Thomas (2002).

• Announced his engagement to Sam Taylor-Johnson, having been in a relationship with her since May 2009 after meeting on the set of Nowhere Boy (2009) (31 October 2009).

• Confirmed that fiancée Sam Taylor-Johnson is pregnant with their first child together (7 January 2010).

• His father is a civil engineer and his mother is a housewife.

• Was in consideration for the role of Peter Parker/Spider-Man in The Amazing Spider-Man (2012), but Andrew Garfield was cast instead.

• His favourite actor is Daniel Day-Lewis.

• Was in consideration for the role of Jack in Jack the Giant Slayer (2013), but Nicholas Hoult was cast instead.

• Became a father for the 1st time at age 20 when his fiancée [now wife] Sam Taylor-Johnson gave birth to their daughter Wylda Rae Johnson on 7 July 2010.

• Became a father for the 2nd time at age 21 when his fiancée [now wife] Sam Taylor-Johnson gave birth to their daughter Romy Hero Johnson on 18 January 2012.

• He is of English-Russian Jewish descent.

• Shares the role of Quicksilver with his Kick-Ass (2010) co-star Evan Peters.

• Was offered the role of Gary “Eggsy” Unwin in the Matthew Vaughn-directed movie Kingsman: The Secret Service (2014), but turned it down. Taron Egerton was cast in the role instead, in his first ever feature film.

Aaron Perry Taylor-Johnson (born 13 June 1990) is an English actor. He began performing at age six and has appeared in films such as Angus, Thongs and Perfect Snogging and The Illusionist. He then moved onto starring roles in Nowhere Boy, in which he played John Lennon, and Kick-Ass and its 2013 sequel, Kick-Ass 2, in which he played David "Dave" Lizewski / Kick-Ass. He was known as Aaron Johnson, until he began being billed as Aaron Taylor-Johnson in Kick-Ass 2. legally changing his name after marrying director Sam Taylor-Wood.
Site Information
Maintained by: Joshua
Contact Information: Email / Form / @AaronTayJohnNet
Established on: December 29, 2013
Fans online: 2 Users Online
Most Users Ever Online Is 204 On December 28, 2019 @ 9:10 am
Latest Work 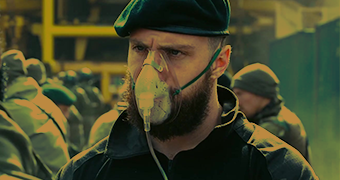 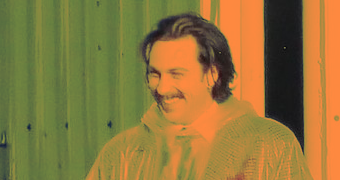 Bullet Train 2022
Tangerine
Five assassins aboard a fast moving bullet train find out their missions have something in common.
IMDb 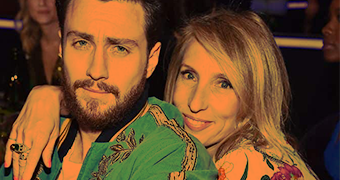 Rothko Currently Filming
TBA
Kate Rothko, the daughter of revered U.S. painter Mark Rothko, is drawn into a protracted legal battle with her father's estate executors and gallery directors, in a fight to honor his legacy.
IMDb 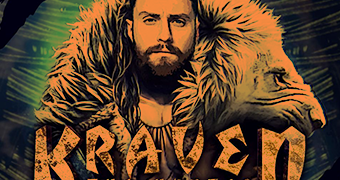