‘Kick-Ass 2’ stills, poster, behind the scenes, and more

‘Kick-Ass’ photoshoot and ‘The Greatest’ poster and stills – NEW Additions

‘Kick-Ass’ stills, poster, behind the scenes, and more – New Additions

END_OF_DOCUMENT_TOKEN_TO_BE_REPLACED

Written by Joshua
No comments   /   Leave a Comment?
Kick-Ass Photos

Thanks to Kari, I’ve added one old shoot of 84 high quality images to the gallery that was part of Kick-Ass. I have more shoots coming up as well, so stay tuned for those! 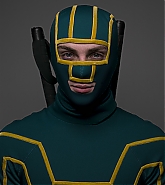 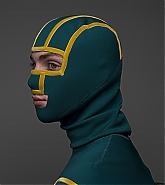 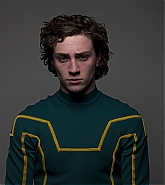 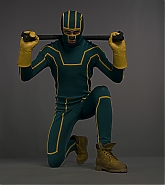 Aaron assures that Kick-Ass 2 is on it’s way.

Written by Joshua
No comments   /   Leave a Comment?
Interviews Kick-Ass

Aaron Johnson must get tired of promoting his movies in the wrong order. Kick-Ass, which was first shown to audiences at 2008?s Butt-Numb-A-Thon, wasn’t released until March 2010 – a year after the release of Nowhere Boy, which he filmed after Kick-Ass. Confused yet?
While promoting Nowhere Boy recently, which is just reaching the United States now, Johnson spoke briefly to Movieweb on the status of Kick-Ass 2: Balls to the Walls.
His comments follow both comic-book creator Mark Millar and villain Red-Mist‘s assurances that the movie was happening. Despite such talk – and the $100 million it earnt at the box office – however, there has been some debate as to whether filming might take place.
With director Matthew Vaughn and co-writer Jane Goldman currently at work on X-Men: First Class, Johnson expects filming to commence pending that film’s release. His closing comments, however, were a little less specific.
“I’m letting them just do what they want to do and we’ll come to it when we come to it. But I know that they are doing it.”
All going well, Kick-Ass 2: Balls to the Wall should reach theatres in 2012.

2012 seems so far away doesn’t it? Hopefully it comes faster, looking forward to more Dave.

Written by Joshua
No comments   /   Leave a Comment?
Kick-Ass

Exciting news! It’s official, there will be a Kick-Ass sequel

It was inevitable that Matthew Vaughn’s big-screen version of the John Romita Jr. and Mark Millar comic “Kick-Ass” would get the green light for a sequel. Today it’s been confirmed apparently by Millar himself on a radio station in the UK who claimed that due to the wonderful DVD sales the sequel is a go.

It’s not really a surprise when you think about it. Sure, it didn’t perform incredibly well like people thought it would in the box office, but it seemed destined to be one of those comic book flicks that would find it’s audience on home video. Since this is all up and running, now it’s a matter of the studio bringing back Vaughn and the cast to the new project.

At the moment Matthew Vaughn is in the middle of filming “X-Men: First Class” for 20th Century Fox which acts as a ’60s set prequel, out in theaters on June 3rd, 2011. “Kick-Ass” star Aaron Johnson will be appearing next in Sam Taylor-Wood directed film “Nowhere Boy”. Chloe Moretz is in the middle of filming her role in Martin Scorsese’s “Hugo Cabret” and will be seen in Matt Reeves’ “Let Me In” this October 8th.

I bring you screencaptures of Aaron’s projects Kick Ass, Nowhere Boy (with huge thanks to Siobhan for capping it for us!) and his small role in The Apocalypse from back in 2002. He was adorable and though it’s only a few captures he did a good job. 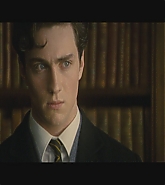 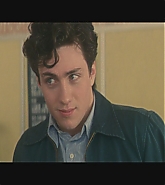 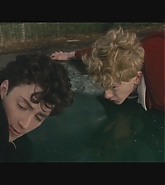 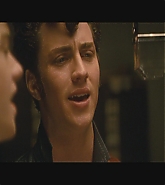 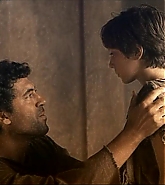 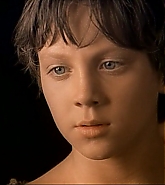 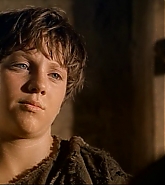 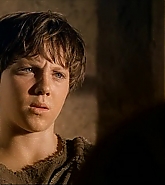