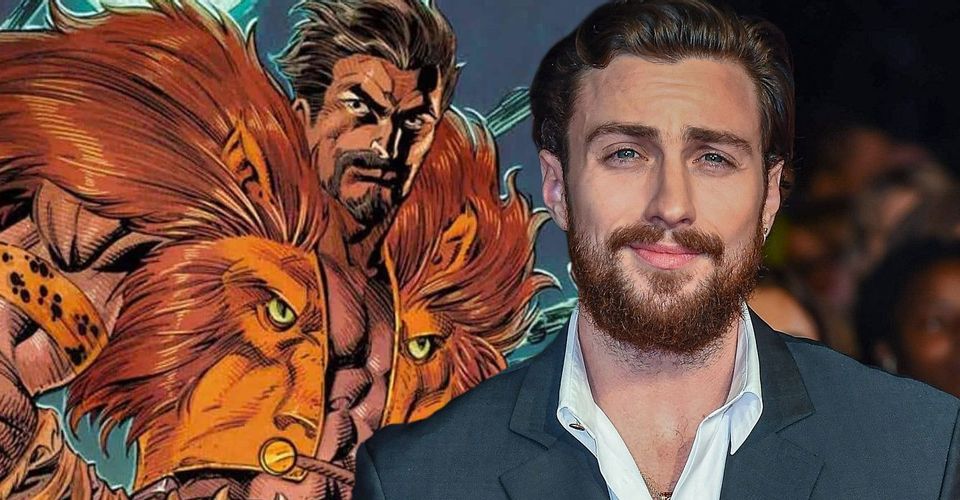 Sony has found its greatest hunter.

Aaron Taylor-Johnson will headline “Kraven the Hunter,” further expanding Sony Pictures’ efforts to capitalize on its trove of Marvel comics characters with connections to Spider-Man. J.C. Chandor (“Triple Frontier”) is set to direct, from a script by Art Marcum & Matt Holloway and Richard Wenk. Avi Arad and Matt Tolmach are producing.

Kraven was introduced in 1964 as a Spider-Man villain. Born Sergei Kravinoff, he considers himself to be the world’s greatest hunter, a moniker he earns at first through his prowess at tracking and killing big game, often with his bare hands. But eventually, his drive to maintain his grip on his title leads him to ingest a serum that gives him super-strength and stamina, and slows down is aging considerably. He’s known for wearing a jacket seemingly made from a lion’s head and mane, and nothing much underneath.

This is the third comic-book adaptation for Taylor-Johnson, after headlining 2010’s “Kick-Ass” for Lionsgate and co-starring as Quicksilver in 2015’s “Avengers: Age of Ultron” for Marvel Studios. He most recently appeared in a supporting role in Christopher Nolan’s “Tenet”; his performance in the recently wrapped production of David Leitch’s “Bullet Train” opposite Brad Pitt so impressed Sony execs that they signed the actor for multiple films as Kraven.

Much like the Marvel Cinematic Universe, Sony is currently building out its own conclave of Spidey-related Marvel features, and Taylor-Johnson’s deal suggests he could wind up in other films outside the “Kraven” franchise. Along with Spider-Man, the character has also tussled with Venom, and he’s a founding member of the supervillain group the Sinister Six — a property Sony tried to get into theaters once before on the heels of 2014’s “The Amazing Spider-Man 2.” 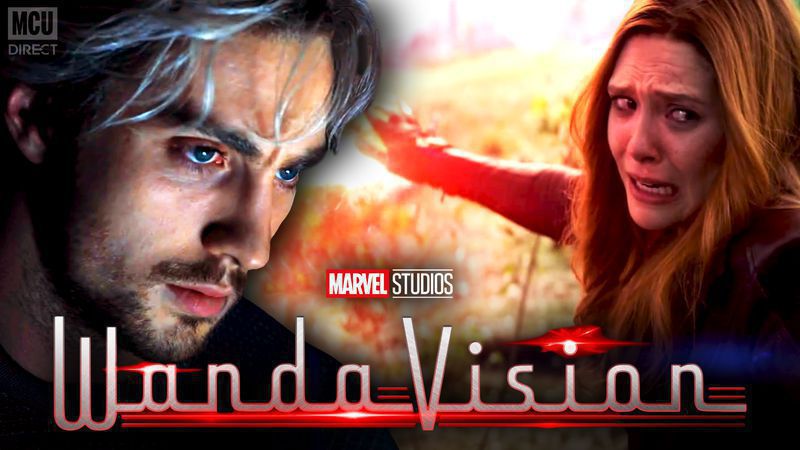 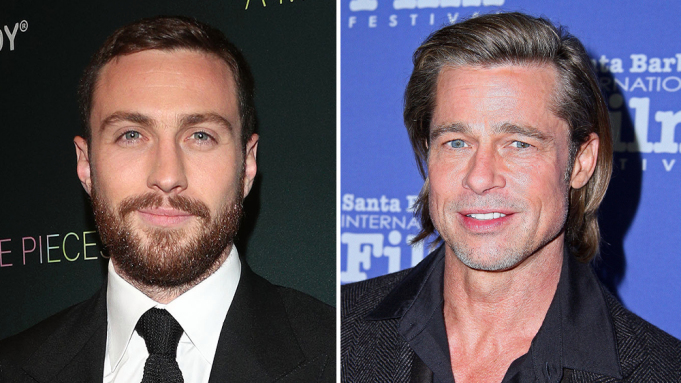 Best known for starring roles in Kick-Ass and Godzilla, Taylor-Johnson has become one of the busier leading men in the industry and has a couple big projects ahead of him. He currently has the Christopher Nolan thriller Tenet opposite John David Washington with the Kingsman prequel The King’s Man.

His other recent credits include A Million Little Pieces, David McKenzie’s Outlaw King, Tom Ford’s Nocturnal Animals, which he won the Golden Globe for Best Supporting Actor and was nominated for a BAFTA Award, Avengers: Age Of Ultron 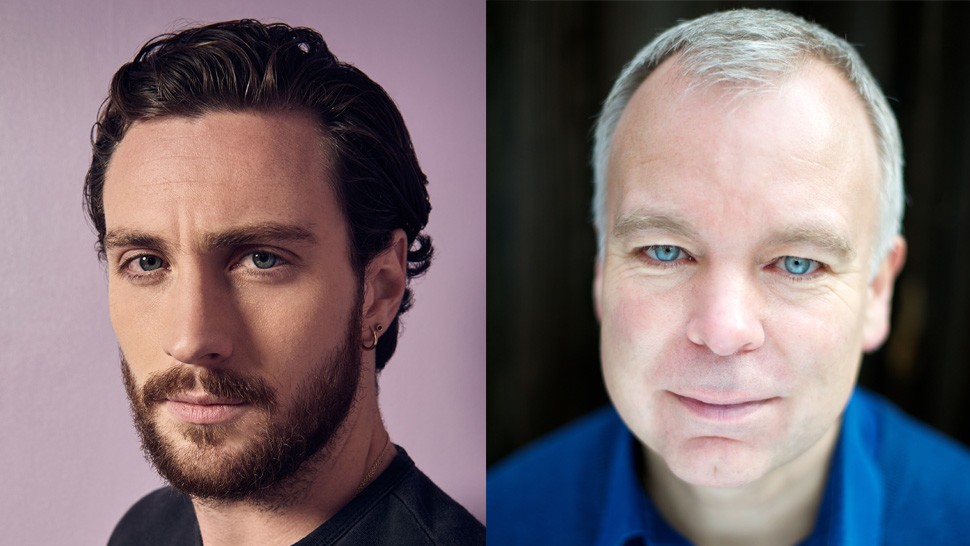 Initial casting has been announced for the London production of Martin McDonagh’s The Pillowman, which begins a 12-week engagement July 24 at the Duke of York’s Theatre. Opening is scheduled for August 5.

Golden Globe winner Aaron Taylor-Johnson (Nocturnal Animals, Nowhere Boy, The Wall) and BAFTA winner Steve Pemberton (The League of Gentlemen, Psychoville) will star with additional casting to be announced. Matthew Dunster directs the first-ever West End production of McDonagh’s Olivier-winning The Pillowman, which was seen at the National Theatre in 2003.

In a statement McDonagh said, “The Pillowman is a play that’s always been very close to my heart, in terms of its combination of the darkest of dark comedy with its exploration of the nature of story-telling itself. It’s a play that I haven’t wanted to have staged in London until I could find the perfect director and the ideal cast for it, and having worked with Matthew previously on Hangmen, and been an admirer of Steve and Aaron’s work for many years, I feel it’s the perfect time to find out what a whole new generation makes of this peculiar tale.”

In the play, a writer in a totalitarian state is questioned by the authorities about a spate of murders that bear similarities to his short stories. Is this life imitating art or something more sinister?

Empire Street Productions presents The Pillowman and will offer a Pay What You Can ticket pricing throughout the whole run. Producer James Bierman said, ”I really hope that with this play, this cast, and for this production, we can welcome both established and new playgoers into the West End, and that this pricing accessibility will give those audiences the thrill of live theatre at its very best.”

Aaron Taylor-Johnson, the actor who portrayed Quicksilver in the Marvel Cinematic Universe, has confirmed that the character will not reappear anytime soon. Although Quicksilver made his first appearance in the MCU in a mid-credits scene for Captain America: The Winter Soldier, moviegoers got to know him better in Avengers: Age of Ultron as Pietro Maximoff, the twin brother of Wanda Maximoff aka Scarlet Witch.

The orphaned Maximoff twins hated Tony Stark and the Avengers due to an experience they had in their early childhood. Eventually, HYDRA recruited Pietro and Wanda to become subjects in an experiment that gave them their superpowers. While Wanda developed great mental powers, Pietro gained the ability of superhuman speed. However, the two eventually switched sides to help the Avengers defeat Ultron with Pietro sacrificing his life to protect Hawkeye and a child. But in the MCU, characters often return from the dead, such as Loki, so it’s possible that Quicksilver could return, too.

If Quicksilver does return to the MCU, though, it won’t happen anytime soon. In an exclusive interview with Screen Rant, Taylor-Johnson denies any plans for his return to the MCU. This is despite several upcoming Disney+ projects that could make it happen, including WandaVision and What If…? Although Taylor-Johnson didn’t rule out the possibility of Quicksilver returning, he was adamant that Marvel has not approached him about it, so fans shouldn’t get their hopes up. He said:

“I think we’re both open to possibilities, like the Marvel Universe like it has been over the years, but obviously yes, I’m aware of the Disney+ platform and all of the shows that are going and I’m still in touch with a lot of the people. I mean, I think it’s safe to say that no, I’m not gonna… there will be no appearance of me coming out or Quicksilver appearing anytime soon.”

Taylor-Johnson has previously said he would be interested in reprising his role as Quicksilver if Marvel asked him to return. There’s certainly a demand for the character, many fans were disappointed with how little screen time he got in the MCU. At least Evan Peters got more screen time in the Quicksilver role as part of the X-Men franchise. Disney now owns the film rights to the X-Men, though, so that universe will likely get a reboot. That could potentially lead to an opportunity for Taylor-Johnson to return as Quicksilver, but it remains to be seen. That still means one thing is for sure: Quicksilver’s return to the MCU won’t happen anytime soon.

Aaron Perry Taylor-Johnson (born 13 June 1990) is an English actor. He began performing at age six and has appeared in films such as Angus, Thongs and Perfect Snogging and The Illusionist. He then moved onto starring roles in Nowhere Boy, in which he played John Lennon, and Kick-Ass and its 2013 sequel, Kick-Ass 2, in which he played David "Dave" Lizewski / Kick-Ass. He was known as Aaron Johnson, until he began being billed as Aaron Taylor-Johnson in Kick-Ass 2. legally changing his name after marrying director Sam Taylor-Wood.
Site Information
Maintained by: Joshua
Contact Information: Email / Form / @AaronTayJohnNet
Established on: December 29, 2013
Fans online: 5 Users Online
Most Users Ever Online Is 204 On December 28, 2019 @ 9:10 am
Latest Work 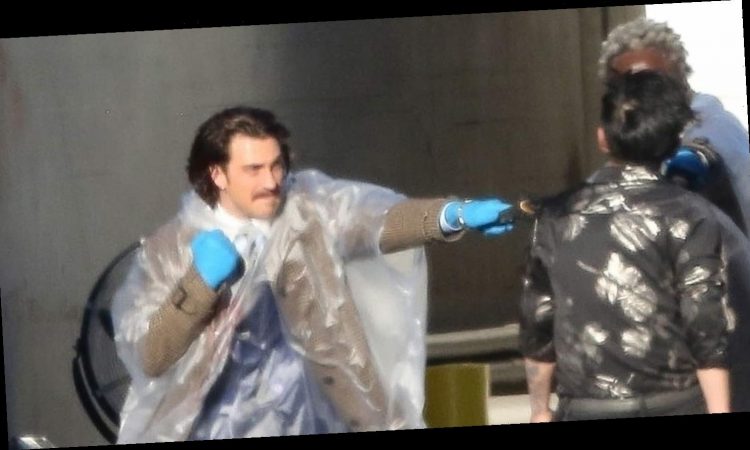