Chance to Win Signed Merch from Aaron and Sam!

Written by Joshua
No comments   /   Leave a Comment?
Interviews Videos

Thanks to Jensen from Maple Pictures Corp., Canadian film distributor of NOWHERE BOY & KICK-ASS which both star Aaron Johnson we have a surprise for you. To celebrate it’s release in Canada, They shared a exclusive interview with us and gave us information on a contest they’re running.

Want a chance to win something signed by Aaron? Well Maple Pictures Corp. is giving away a signed NOWHERE BOY posters and vinyl records signed by Aaron Johnson & director Sam Taylor-Wood. You can enter right at their Facebook page. Go enter and good luck to everyone!

Written by Joshua
No comments   /   Leave a Comment?
Public Appearances

I’ve added pictures from Aaron’s last two events he attended recently. Aaron looked great at the John Lennon Photo Exhibit. I’m a little behind on news, sorry for that, I’m currently looking for help here at the site, so if anyone is interested, please leave a comment or shoot me a email at empress.padme(@)gmail.com. 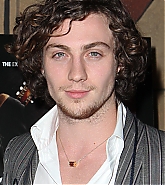 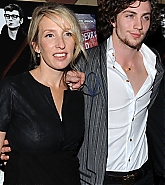 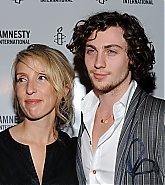 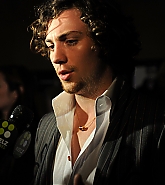 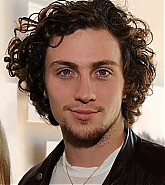 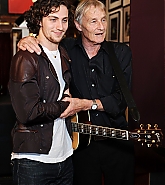 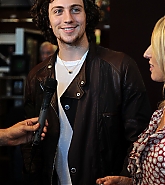 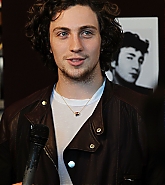 Aaron assures that Kick-Ass 2 is on it’s way.

Written by Joshua
No comments   /   Leave a Comment?
Interviews Kick-Ass

Aaron Johnson must get tired of promoting his movies in the wrong order. Kick-Ass, which was first shown to audiences at 2008?s Butt-Numb-A-Thon, wasn’t released until March 2010 – a year after the release of Nowhere Boy, which he filmed after Kick-Ass. Confused yet?
While promoting Nowhere Boy recently, which is just reaching the United States now, Johnson spoke briefly to Movieweb on the status of Kick-Ass 2: Balls to the Walls.
His comments follow both comic-book creator Mark Millar and villain Red-Mist‘s assurances that the movie was happening. Despite such talk – and the $100 million it earnt at the box office – however, there has been some debate as to whether filming might take place.
With director Matthew Vaughn and co-writer Jane Goldman currently at work on X-Men: First Class, Johnson expects filming to commence pending that film’s release. His closing comments, however, were a little less specific.
“I’m letting them just do what they want to do and we’ll come to it when we come to it. But I know that they are doing it.”
All going well, Kick-Ass 2: Balls to the Wall should reach theatres in 2012.

2012 seems so far away doesn’t it? Hopefully it comes faster, looking forward to more Dave.

Written by Joshua
No comments   /   Leave a Comment?
Photos

I’ve gone and caught up with all of the Aaron appearances that were missing from the gallery. I’ve added a little over 300 images from various events. Below you can see a few with a link to the entire section to see more. 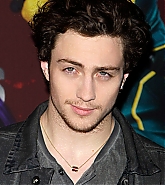 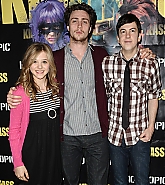 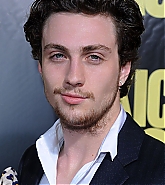 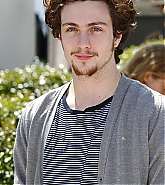 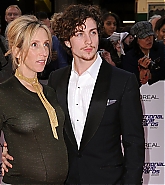 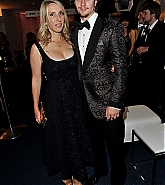 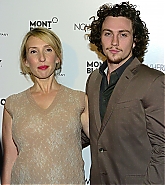 Written by Joshua
No comments   /   Leave a Comment?
Interviews

Aaron Johnson believes it is ”hypocritical” of people to criticise 13-year-old Chloe Moretz for swearing in ‘Kick-Ass’ while allowing them to listen to sexually-charged pop music.

The 20-year-old actor insists people shouldn’t object to the colourful language used by his 13-year-old co-star Chloe Moretz in the film because the movie came with an adult certification, unlike many raunchy pop songs that are accessible on radio.

Read the rest of the article at Contact Music

Aaron speaks on what kind of dad he’ll be

Written by Joshua
No comments   /   Leave a Comment?
Interviews

Aaron, held nothing back on what kind of father he’s going to be. His soon to be wife Sam and him had a daughter in July – has spoken out about what kind of dad he intends to be.

Asked what kind of father he’ll be by VMAN mag prior to his tot’s birth, Aaron replied: “A f****** brilliant one, obviously. What kind of question’s that? Just affectionate and loving and supportive.”

And the brutally frank lad didn’t hold back on his thoughts about contemporary movie-making either.

He ranted: “There’s a lot of scripts nowadays that you think, ‘How the f*** does this get made?’

“They’ve turned it all into romcoms and stuff. It’s like our music, it’s all pop. It’s all, like, pretty crummy.”

Aaron credits Sam – who he’s marrying next year – with helping him to stay grounded and avoid the temptations that many young actors fall prey to.

He added: “You can’t do s*** like that, not if you want to work professionally and be taken seriously.

“Just being with Sam, the relationship’s so strong there’s no need to do s*** like that.”
The Sun

We’re sure you’ll be a great father Aaron!